Why He Had To Reroof 3 Times In 20 Years 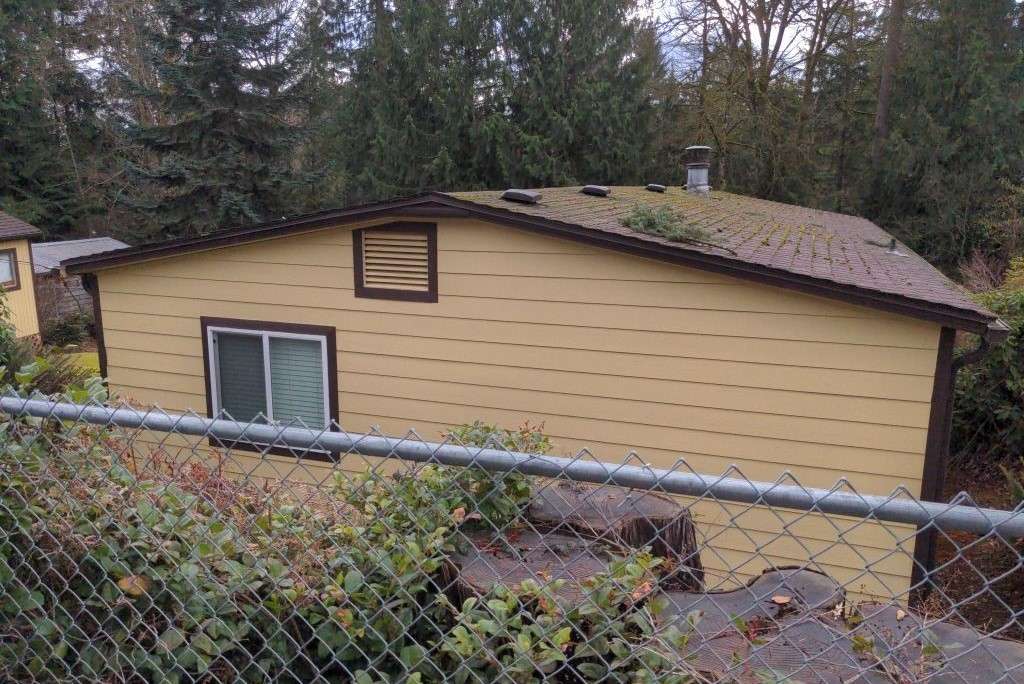 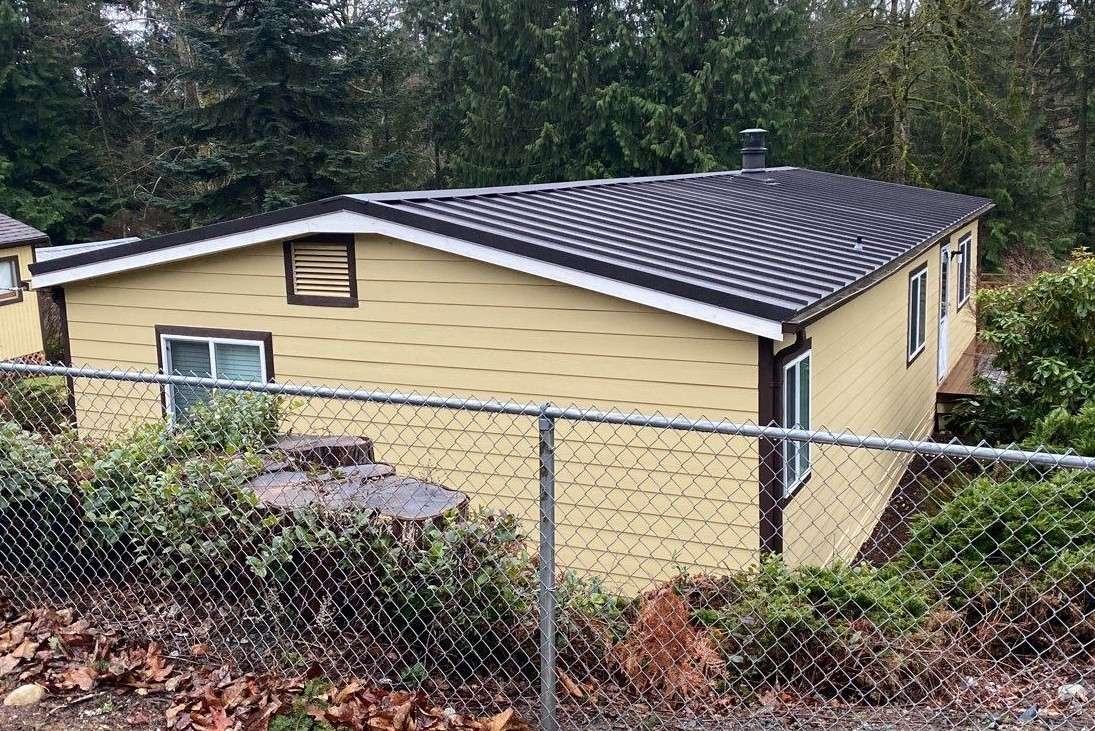 SmartSeries Case Study: The Renton Man Who Reroofed His Home 3 Times In 20 Years

The Third Time Was Finally The Charm…
Because He Called RoofSmart.

Our SmartSeries showcases how we take a more intelligent approach to roof replacement than your average roofing company in Greater Seattle. We don’t just address the symptoms—we fix all underlying problems to maximize your roof’s lifespan and performance.

Most people reroof their homes once in their lives—MAYBE twice. But Renton homeowner Greg? He was going on his third roof replacement… in the last 20 years.

Because the two previous roofers put the wrong TYPE of roof on his home. As a result, Greg’s home had experienced several big problems.

Here’s what happened—and how we solved Greg’s roofing woes for good.

When we arrived at Greg’s home for his free roof inspection, we didn’t even need to get out of the truck to determine his problem. We saw it as soon as we pulled into the driveway. 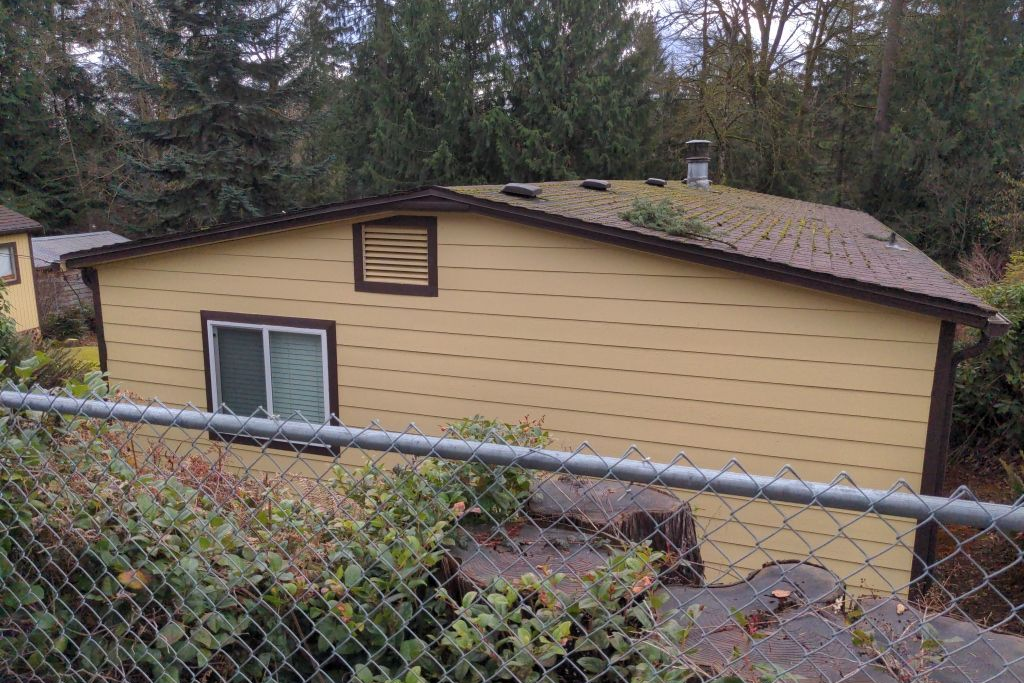 Can you guess Greg’s issue based on this picture?

Take a good look at it. What is it about his roof that’s different from most residential roofs?

What makes Greg’s roof uncommon is that it’s low-sloped. Greg was having such massive problems because roofers kept installing asphalt architectural shingles on his home.

That’s a problem. Architectural shingles and flat/low-sloped roofing go together about as well as peanut butter and garlic.

In other words: They don’t.

Why We Photo-Document Your Roof Replacement

The Farmhouse With A 5-Layer “Roof Sandwich”

The “Faults” Caused By Asphalt

Greg’s main problem was water damage. When you put asphalt shingles on a flat or low-sloped roof, water will eventually get under those shingles. After all, it’s just sitting there with nowhere else to go.

You can tell when water is trapped when the shingles have a “scooped” look. Here is a photo of Greg’s old roof so you can see this effect… 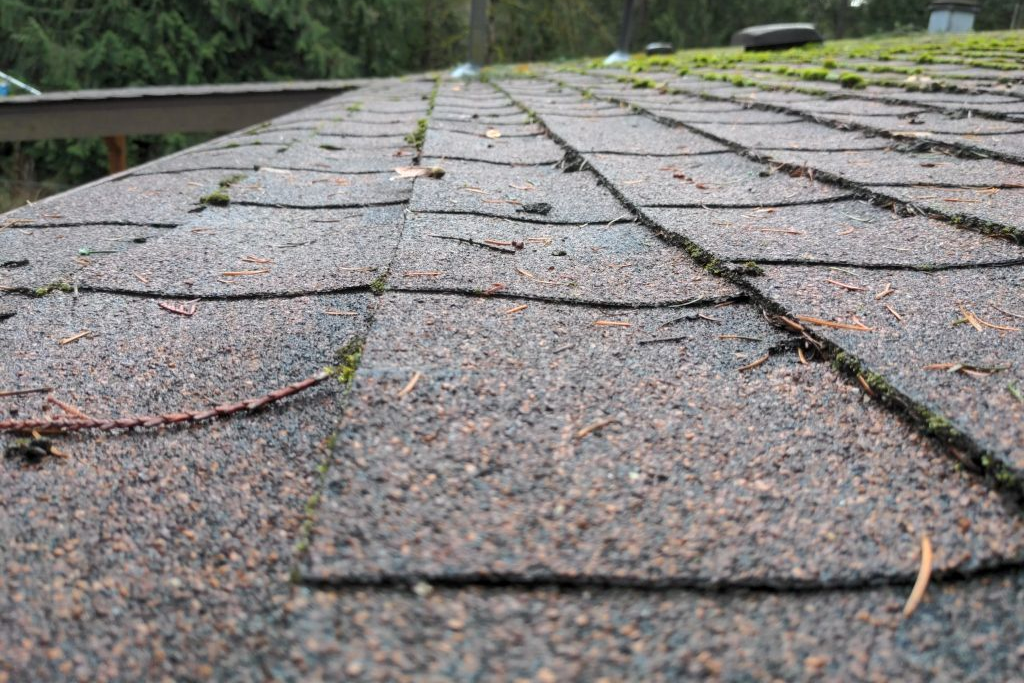 Water caused the shingles to curl and “scoop.”

Click on these photos to see the extent of the damage… 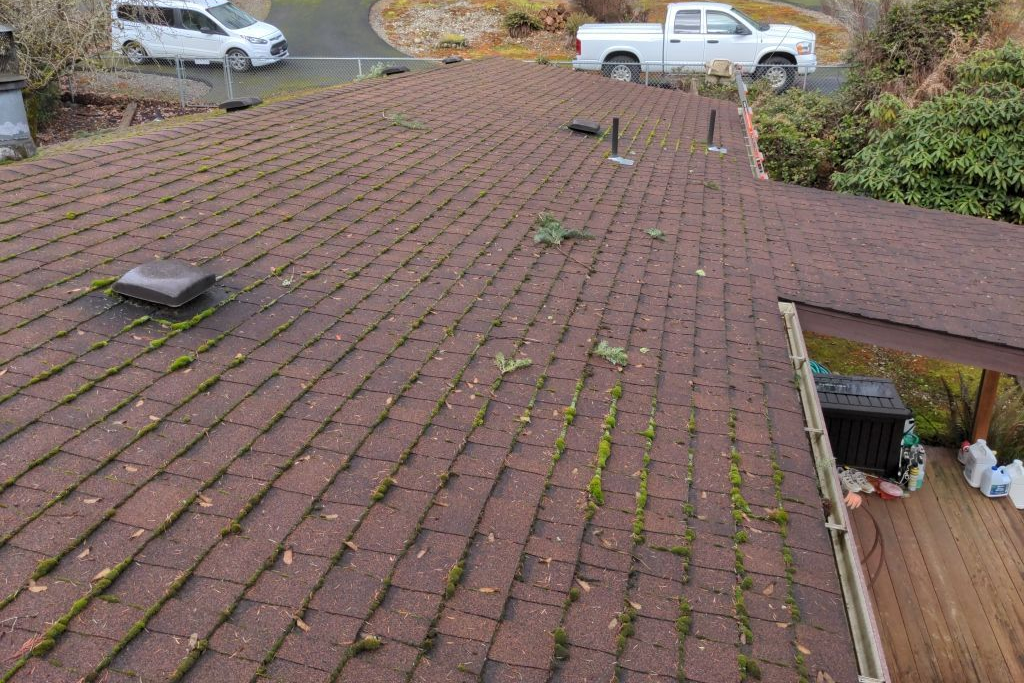 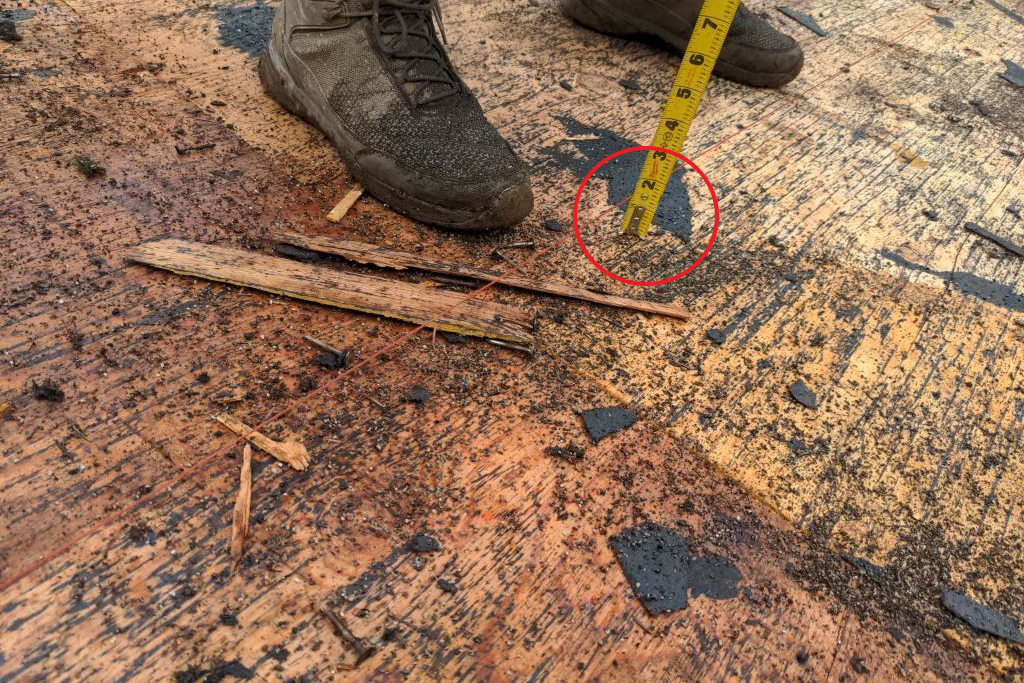 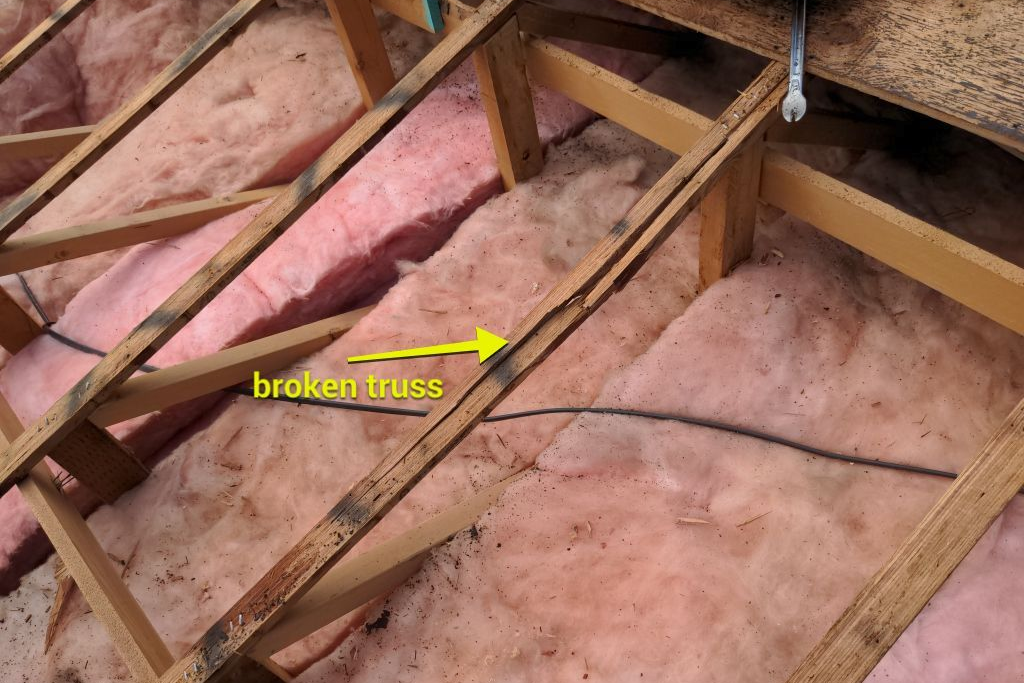 As you can see, we had our work cut out for us.

But we’re RoofSmart. Handling the “tough stuff” is our specialty.

First thing was first—all the “under the shingles” stuff had to go. We tore out the rotted wood, removed the roof deck, replaced the trusses, and reframed the ENTIRE roof.

Here are a few photos of the process… 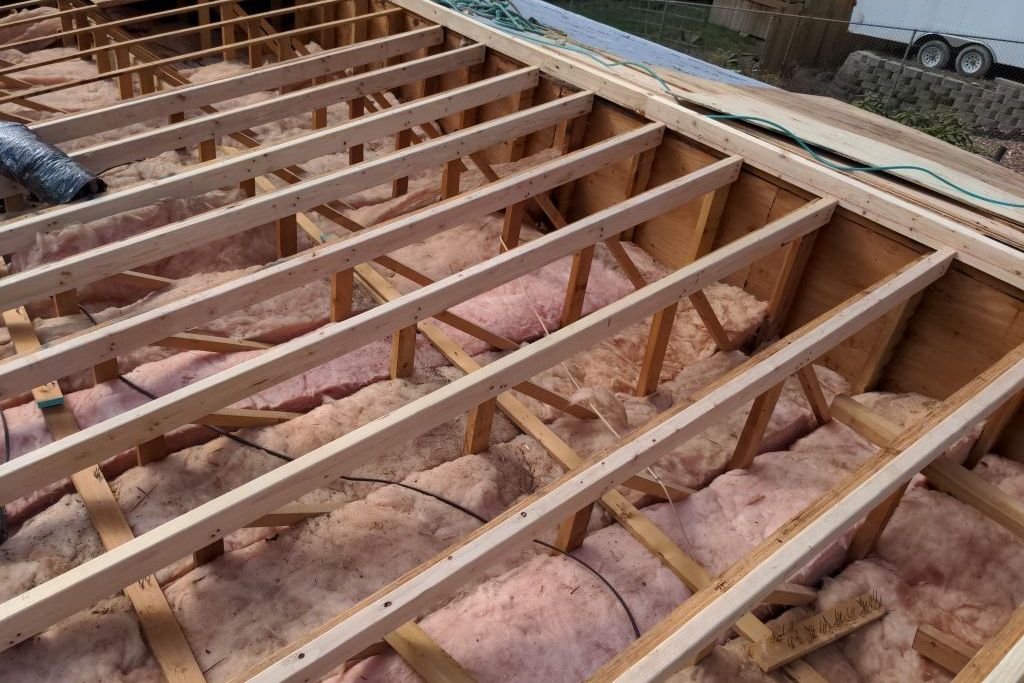 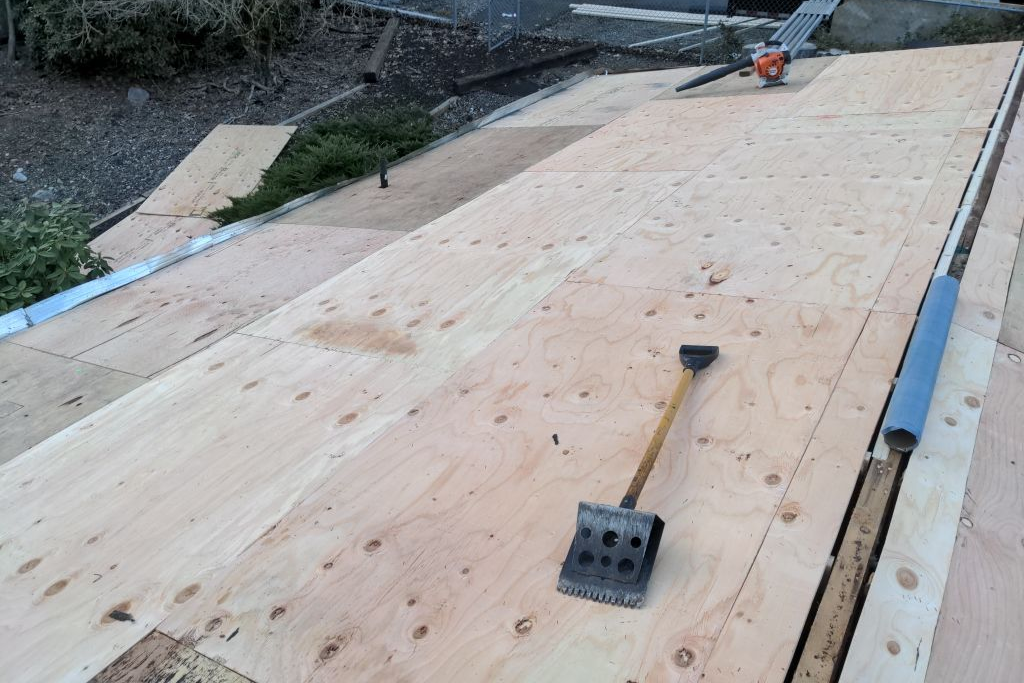 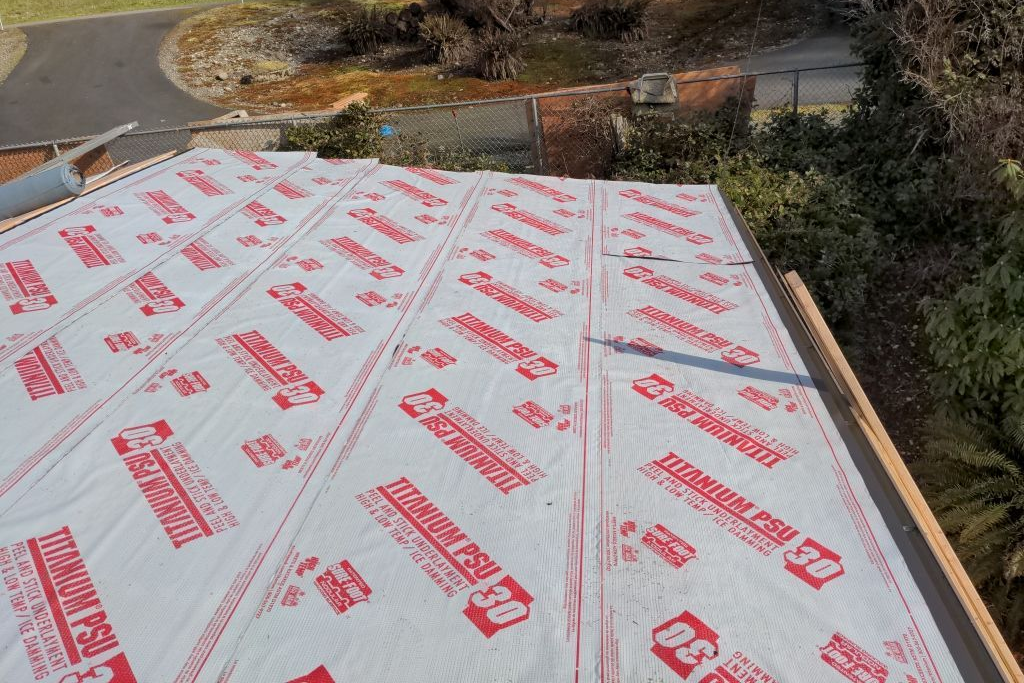 Once we had all the underlying issues taken care of, we had one mission left: Make certain this is the LAST time Greg needed to replace his roof.

To ensure Greg never had moisture issues with his roof again, we installed the roof material his home actually required—metal.

Because it has no seams or gaps, water can’t penetrate standing seam metal roofing. And since it has a smooth finish, it easily sheds snow and rain. This makes metal the appropriate material for low-sloped roofs like Greg’s.

Here are some photos of Greg’s brand-new, lifetime-lasting metal roof… 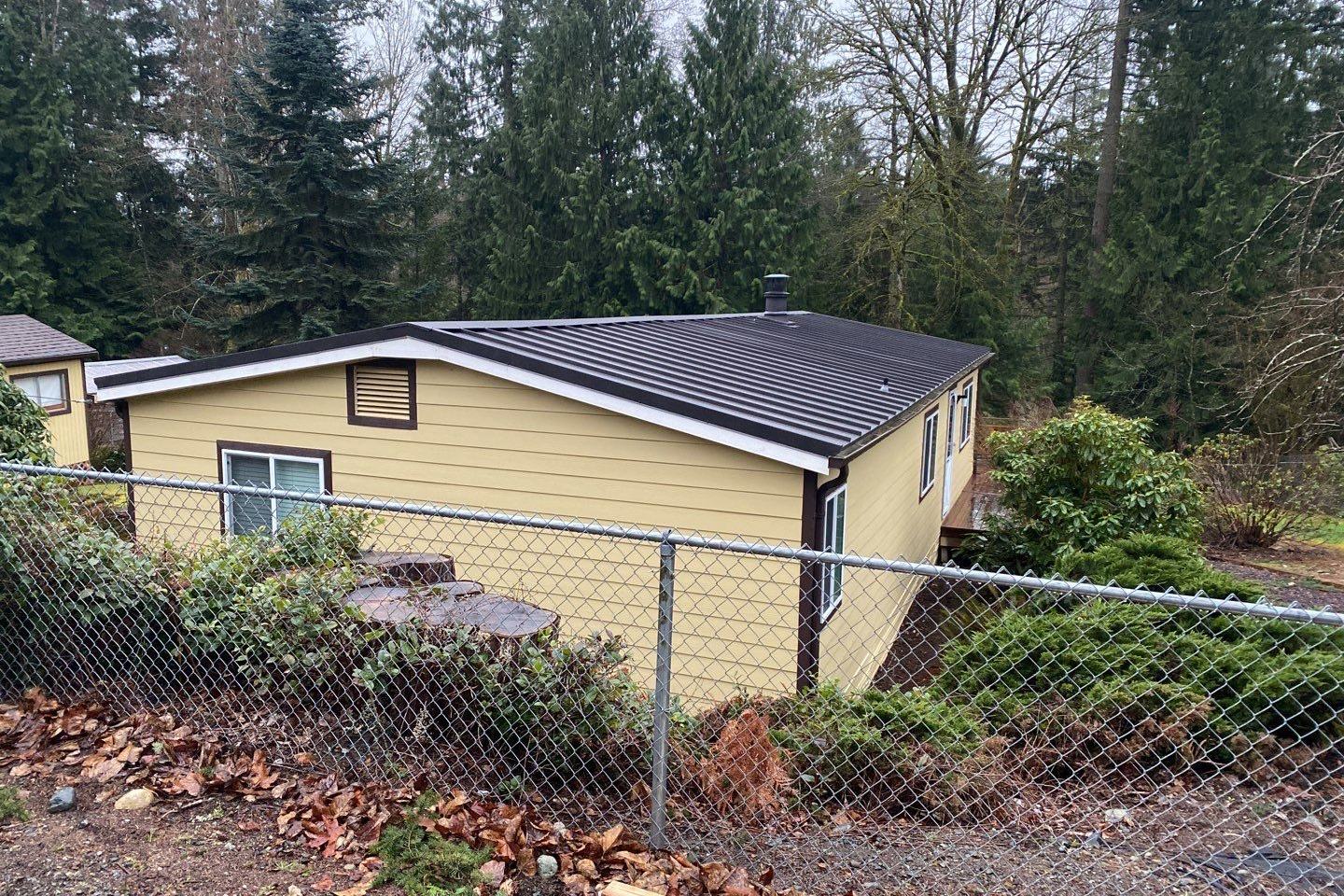 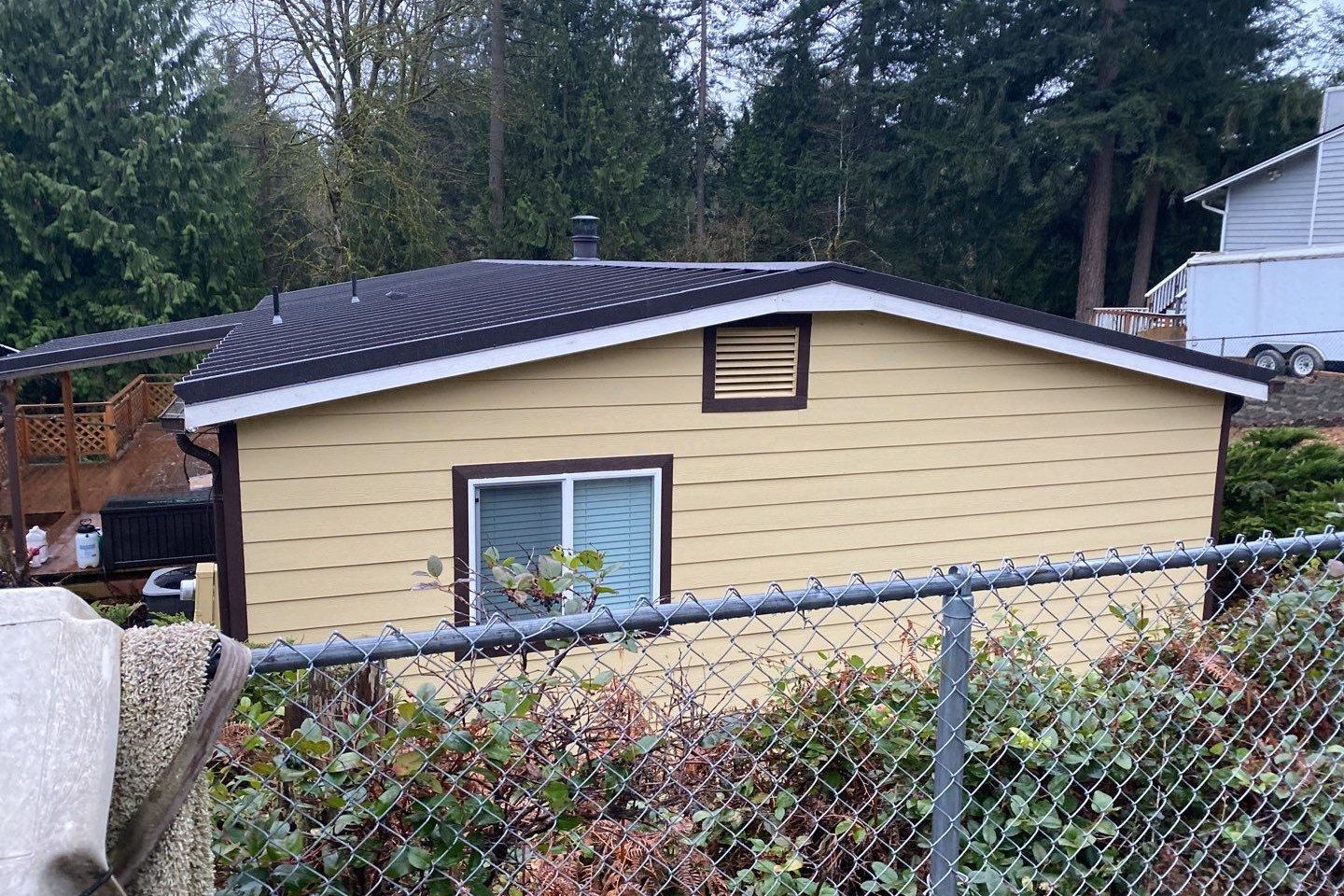 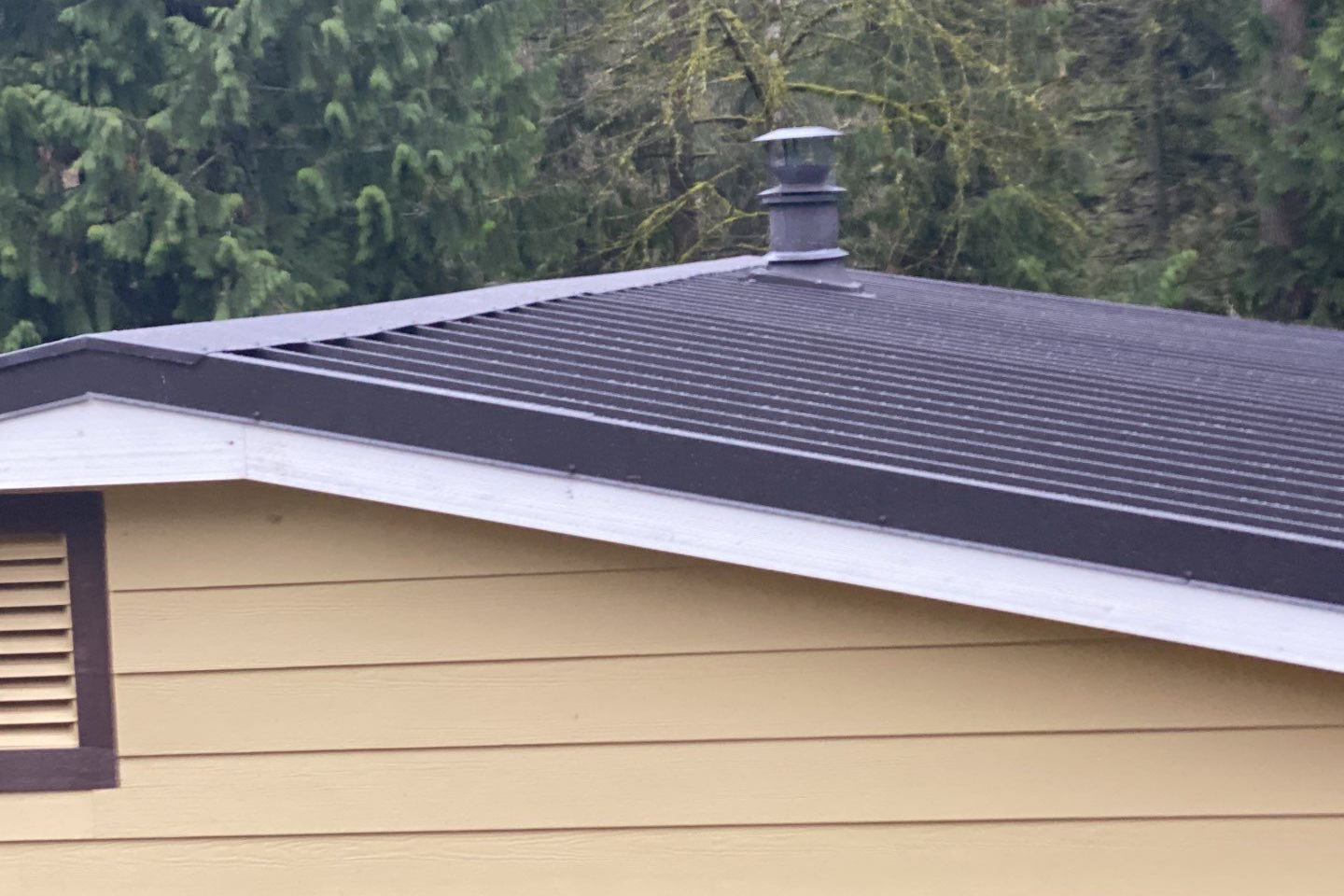 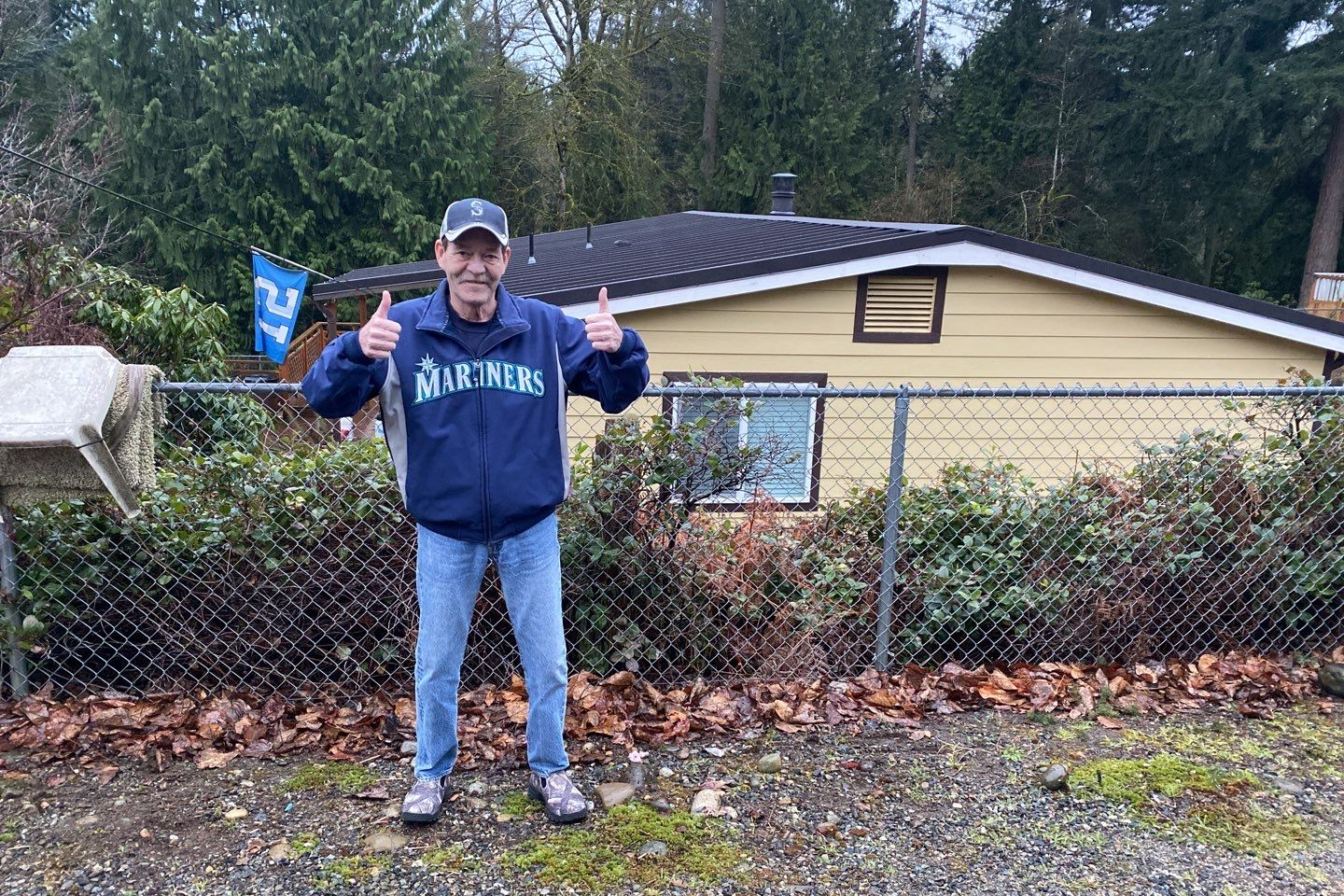 Crew Chief Alejandro gets a special shoutout on this project. He was the one who A) discovered all the underlying problems and B) made the decision to completely gut the old roof and start over.

Everyone at RoofSmart genuinely cares about doing things the right way… even if it’s harder and takes longer.

If that’s the type of Greater Seattle roofing company you’re looking for, get in touch today.