The Farmhouse With A 5-Layer Roof Sandwich

The Ultimate Example Of Roofers Kicking The Can Down The Road.

Our SmartSeries showcases how we take a more intelligent approach to roof replacement than your average roofing company in Greater Seattle. We don’t just address the symptoms—we fix all underlying problems to maximize your roof’s lifespan and performance.

If you want picture proof of how lazy roofing companies can be, this is the case study for you.

Sam owned a historical farm in Bellevue. He’d recently built a new house on the land, but he left the old house up.

Sam called us for two reasons. First, he wanted a new metal roof installed on his pole barn. Second, the old farmhouse’s roof was leaking, so he needed to replace it.

We first started the re-roofing job on Sam’s old farmhouse. While we were removing the old shingles, we were blown away by what we found: Not one… not two… not three… not four… but FIVE LAYERS of old shingles. 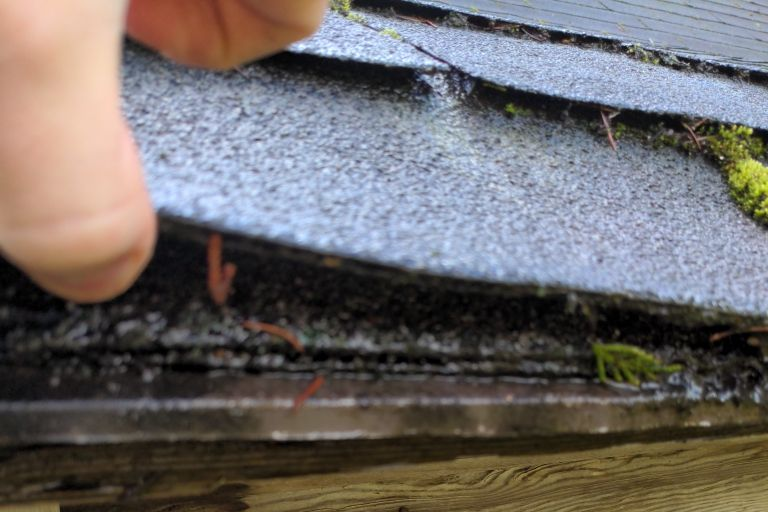 During the initial inspection, we believed there were two layers of shingles. How did we not see the other three? Because the prior roofer cut the layers back at the edges to hide them. Sneaky!

Here are a few photos of the removal process: 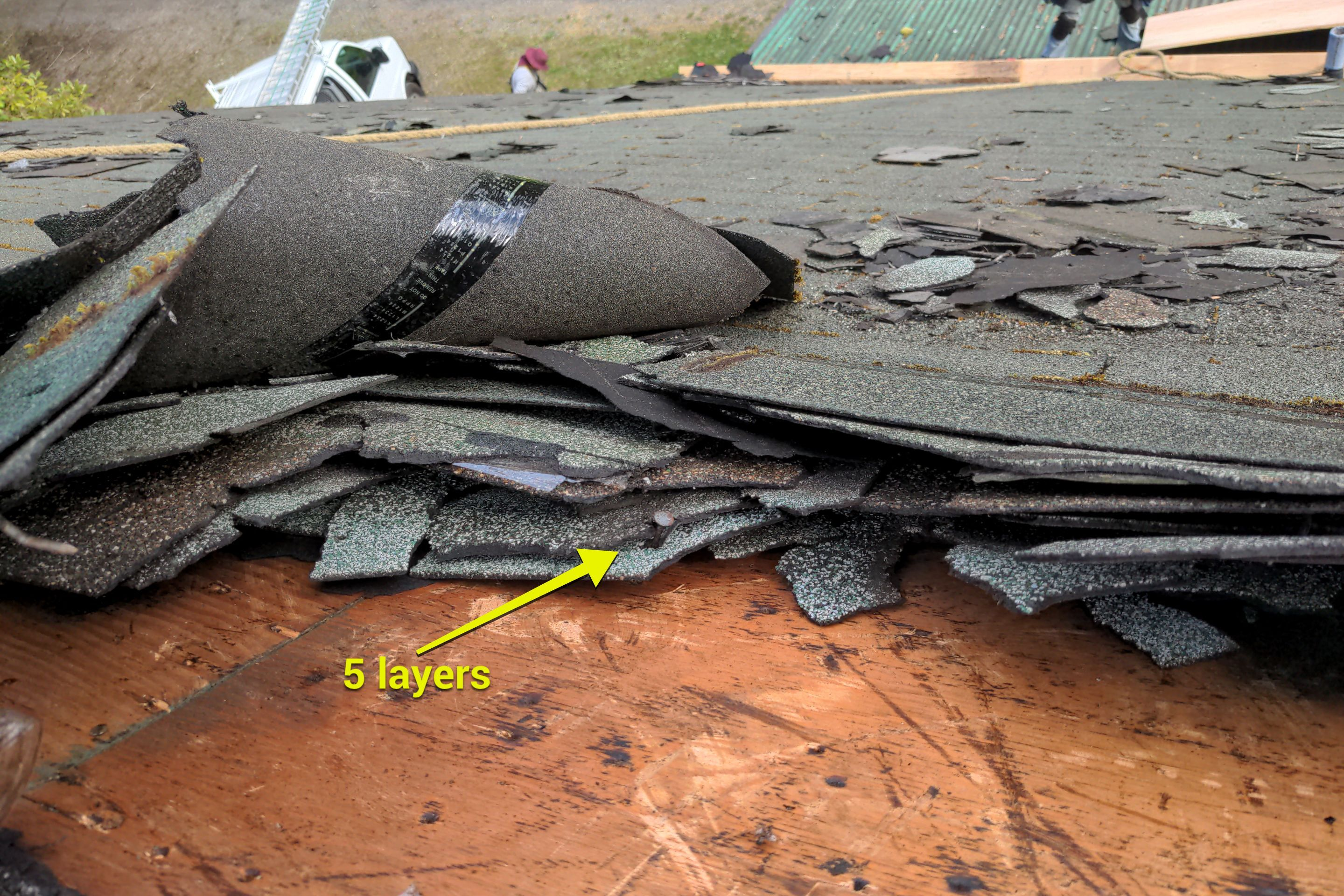 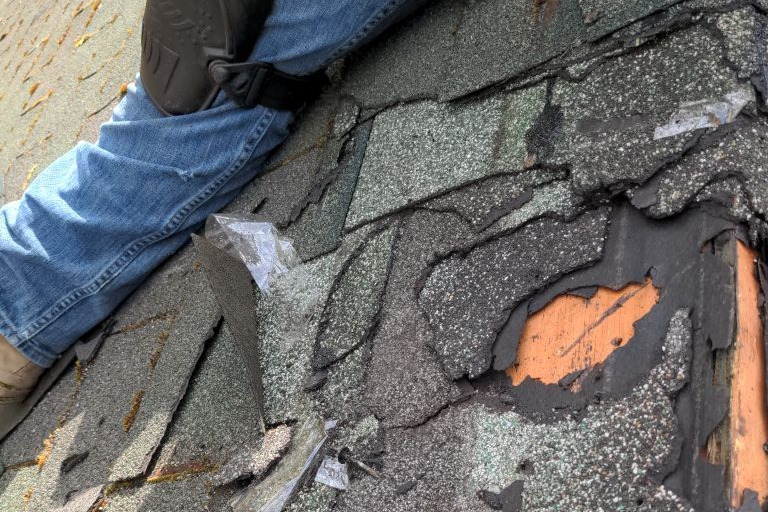 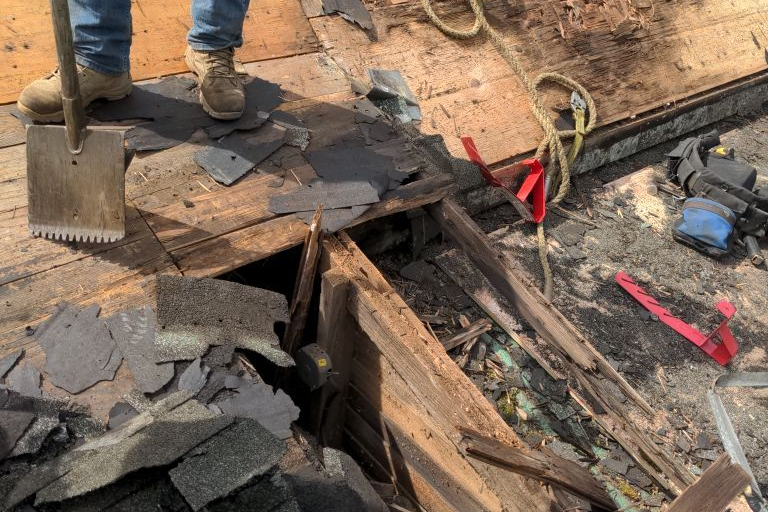 Why, exactly, were there so many layers? Because all the previous roofers just kept installing new shingles over the existing ones. None of the roofers bothered to tear off the old shingles.

In other words, roofers kept kicking the can down the road.

Why We Photo-Document Your Roof Replacement

Why He Had To Reroof 3 Times In 20 Years

Removing all of these shingles was tough. The “sandwich” was so thick that the previous roofer used framing nails instead of roofing nails for the top layer of shingles. To put that in perspective, framing nails are about three times longer than roofing nails.

In the process of removing the shingles, we broke two shovels!

Here are a few more pictures of the removal process: 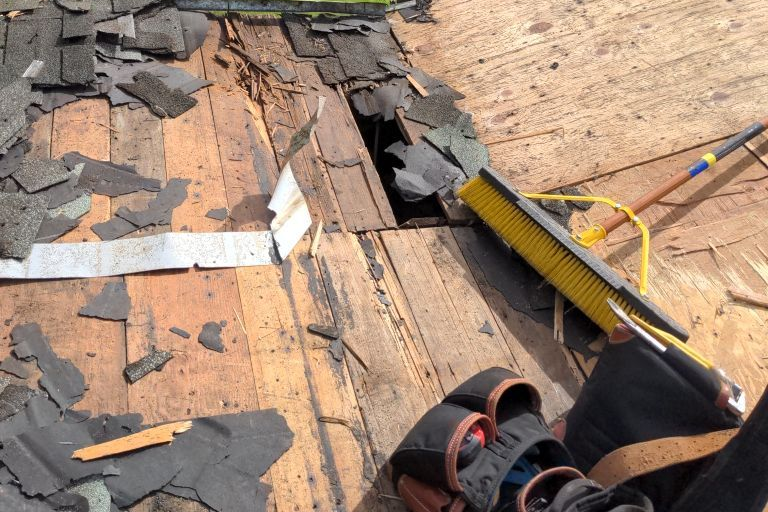 Sweeping Shingles Off Of Roof

Dumpster Full Of The Old Shingles 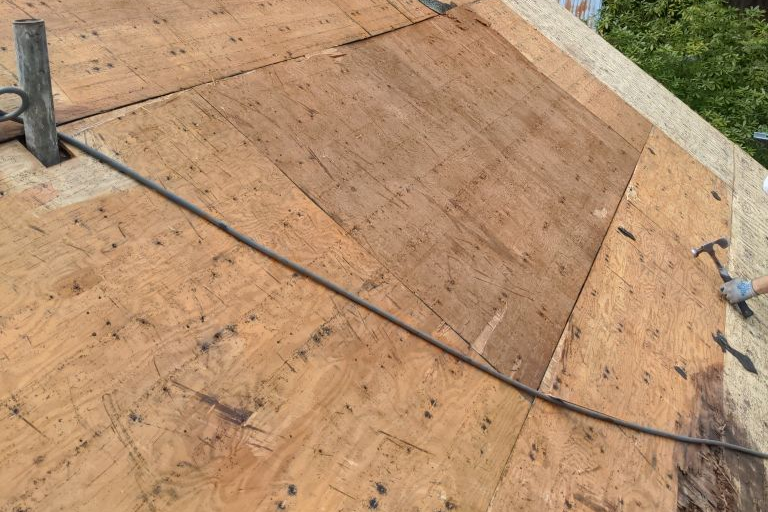 After We Removed The Shingle

What we found underneath didn’t surprise us. There was a ton of rot and water damage. This, plus the sheer weight of all the shingles, actually caused Sam’s ceiling to sag.

So we got to work…

New Rafters For The Roof Frame 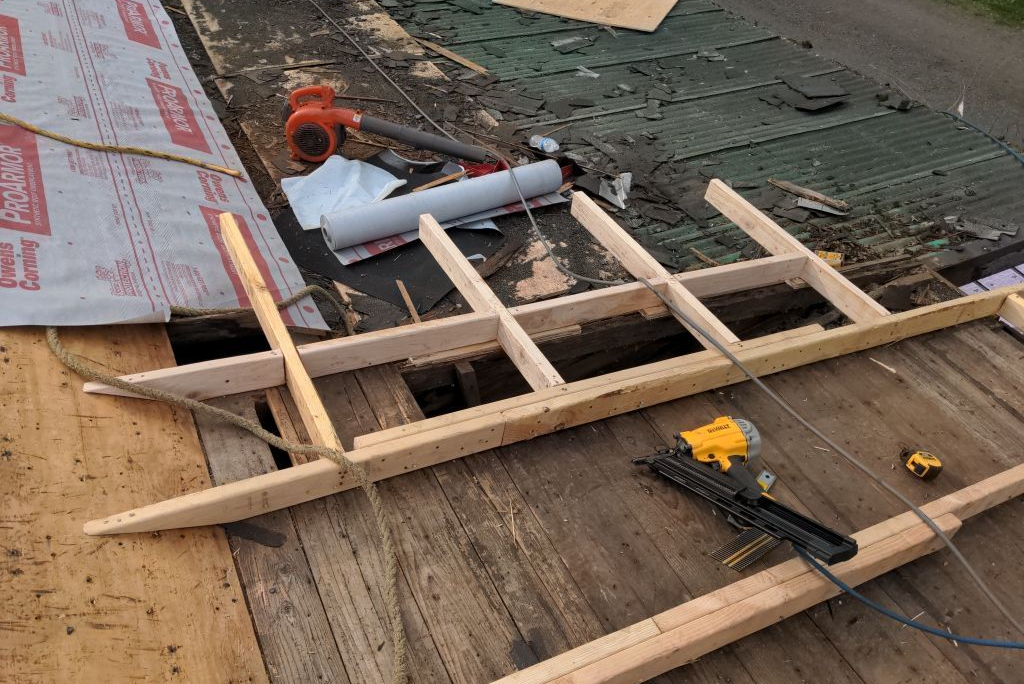 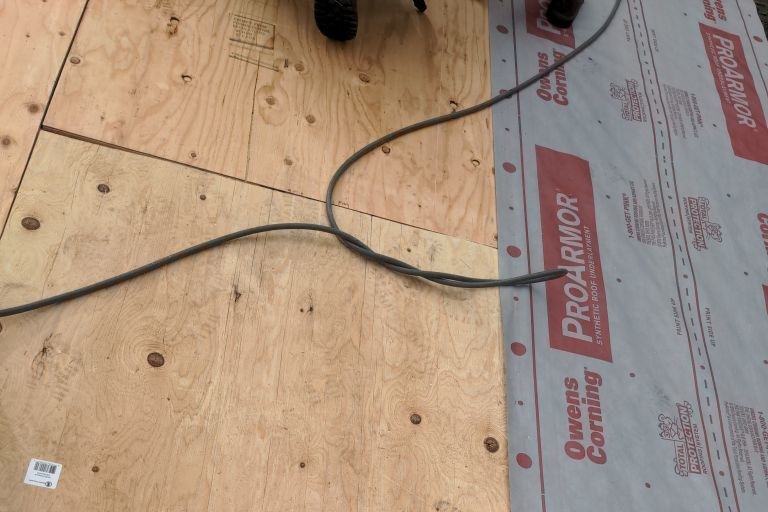 After fixing all the “under the hood” problems, we were finally able to start installing the new shingles. For this project, we used Owens Corning Duration shingles because of the good balance between durability and cost.

Here are a few photos: 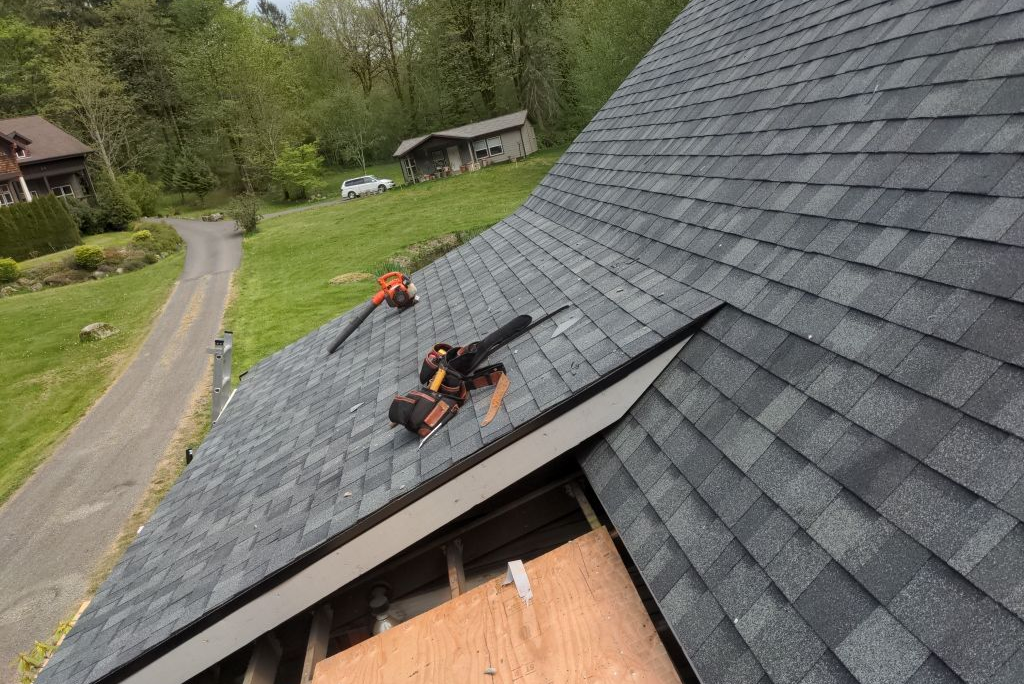 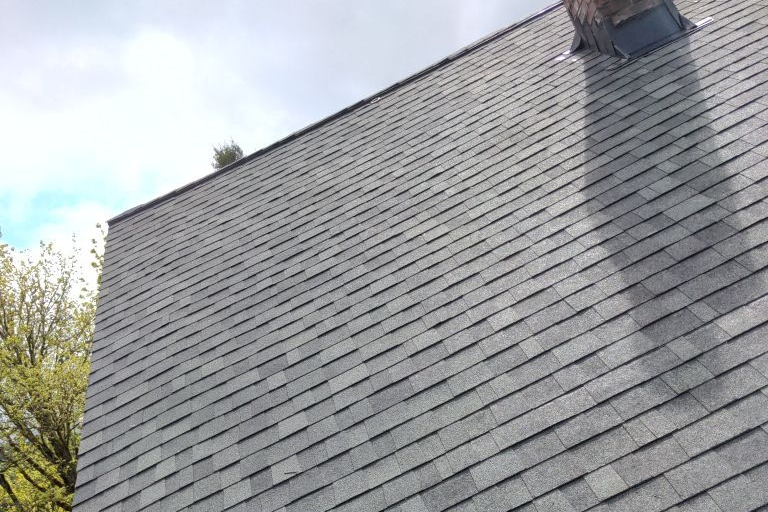 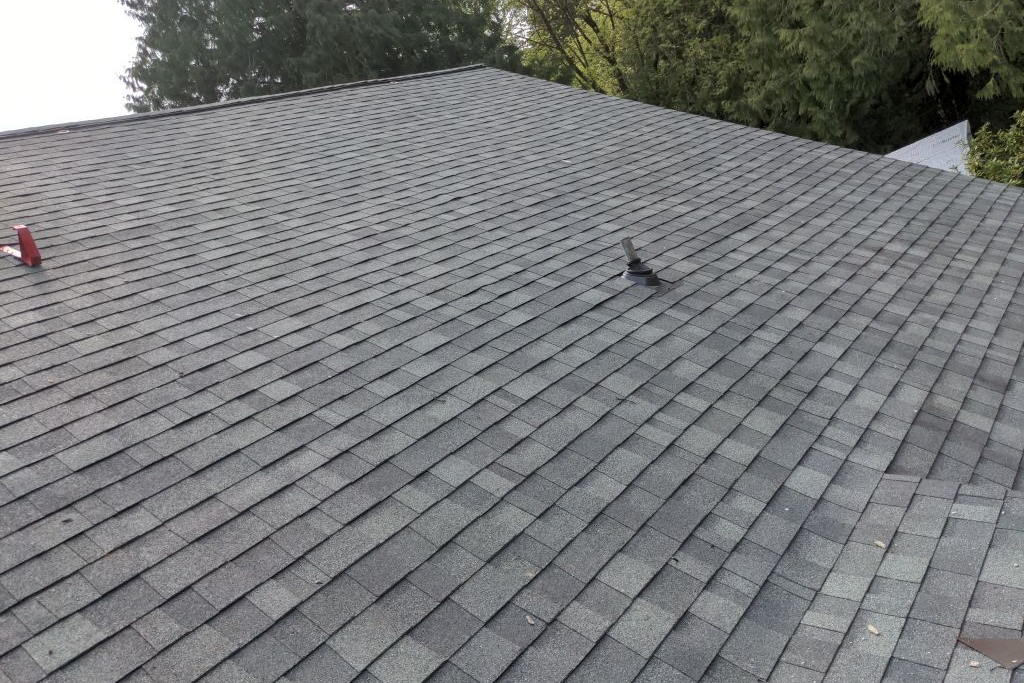 New Shingles From Another Angle 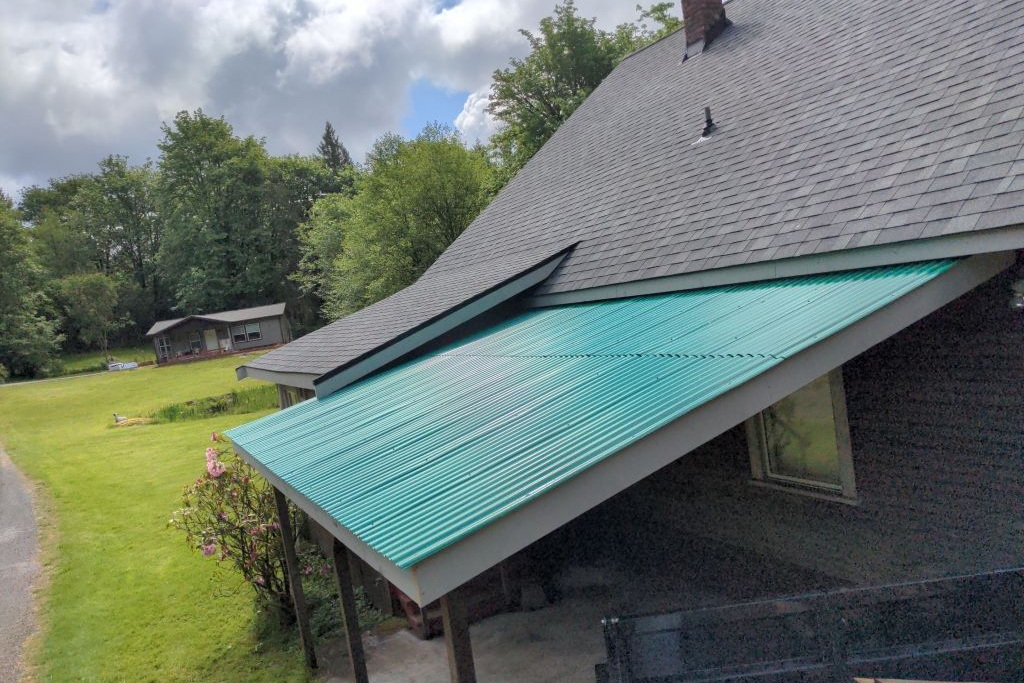 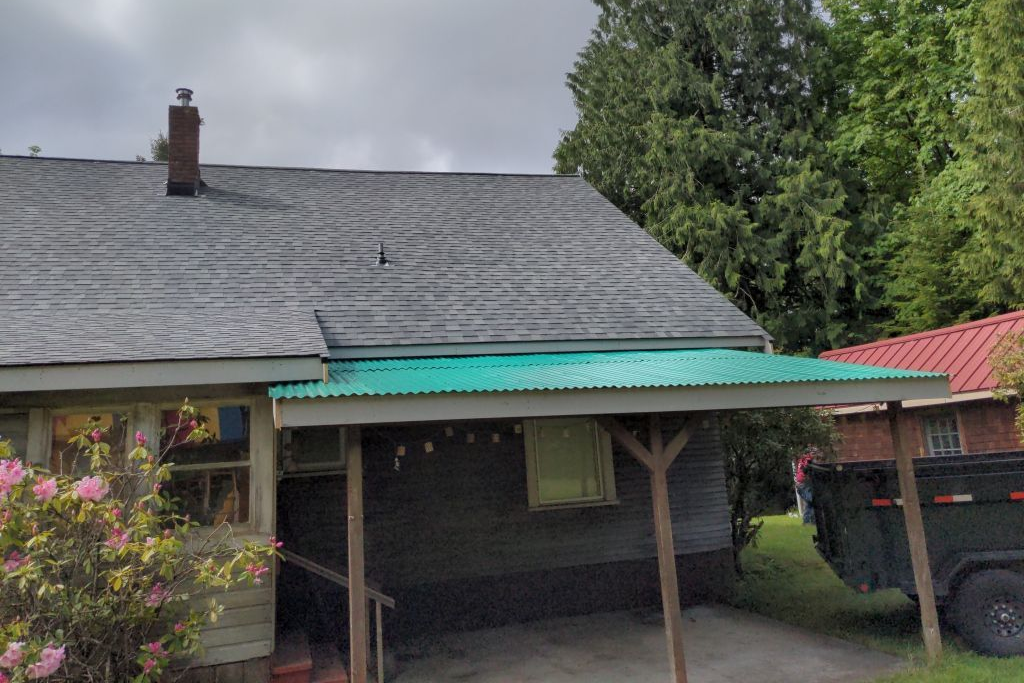 The roof sandwich made things take a little longer than expected, but we finally finished Sam’s new farmhouse roof.

But our work wasn’t done.

One Roof Down… One To Go

Remember, we were also re-roofing Sam’s pole barn. Thankfully, that was much more straightforward. No roof sandwiches. No saggy ceilings. 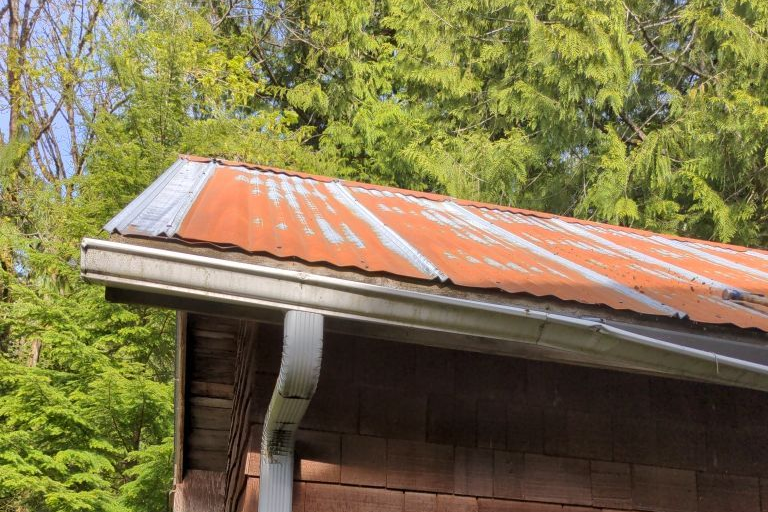 Before Shot Of The Pole Barn Roof 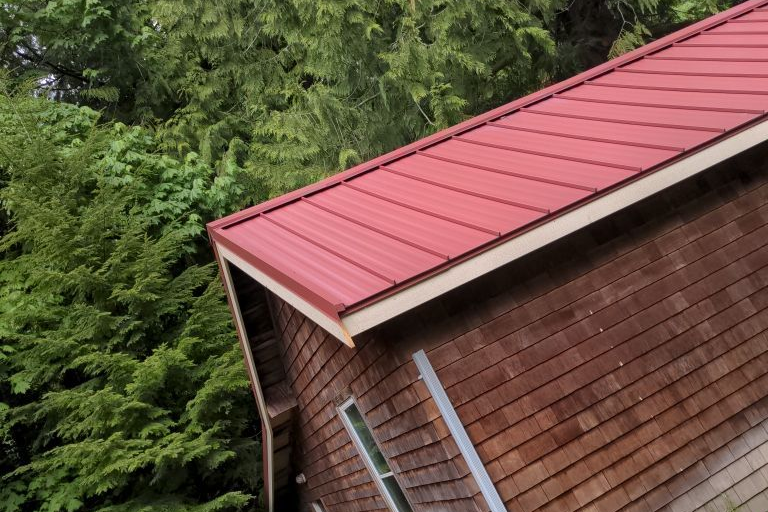 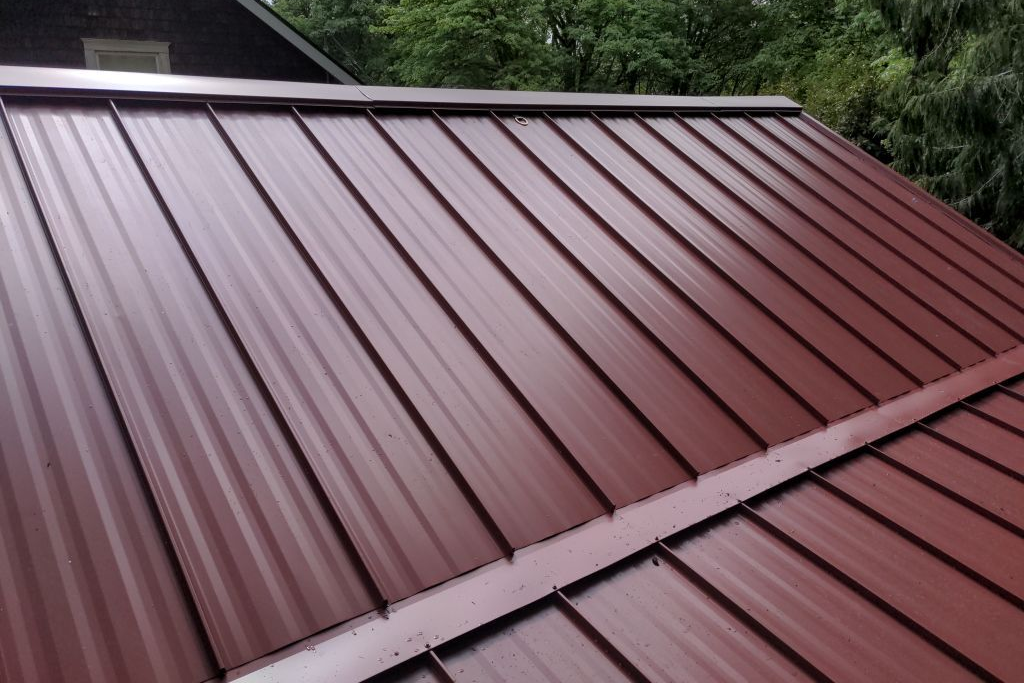 We initially planned to complete Sam’s project in two days. That was before we found the roof sandwich. When all was said and done, we worked on Sam’s job for an entire week.

But let’s face it—sometimes it takes a little longer to make sure things are 100% RIGHT. There was NO WAY we were going to continue kicking the can down the road like the previous roofers. That nonsense ended with us.

If that sounds like the kind of roofer you’re looking for in the Greater Seattle area, get in touch. We would be honored to provide you with a free roof inspection. No games or pressure—we provide you with the information you need to make the best decision for your home.